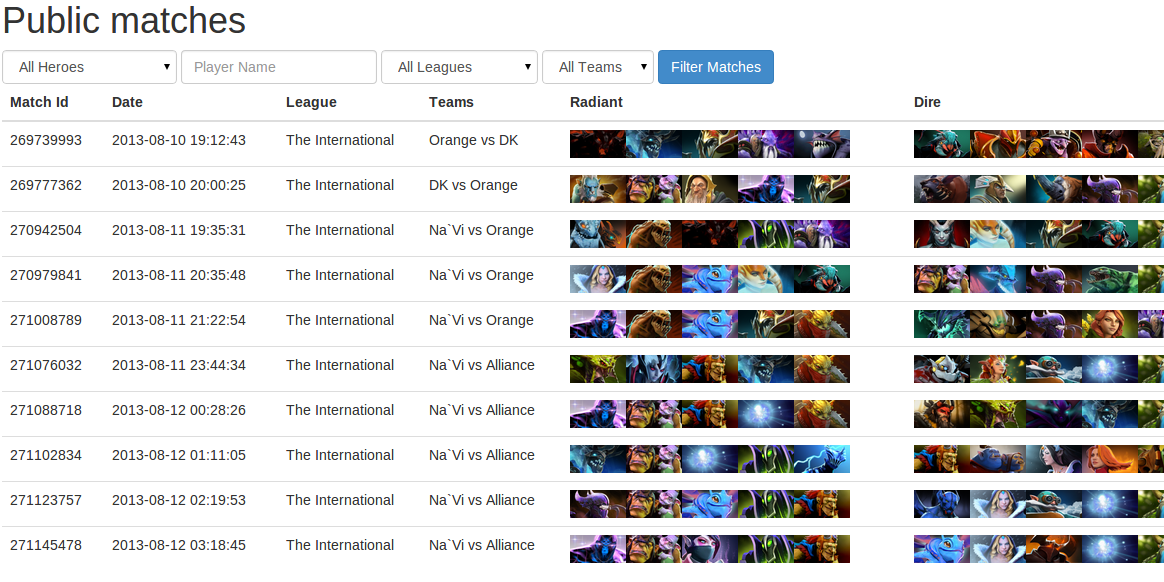 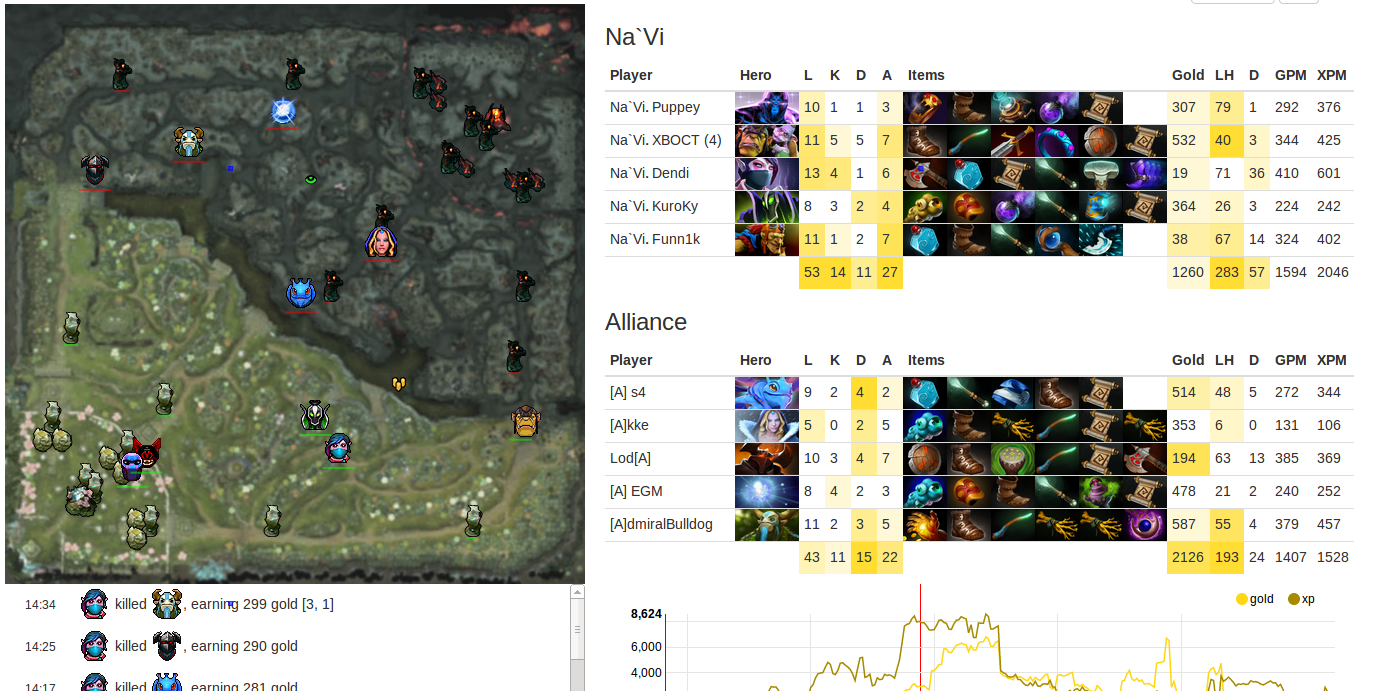 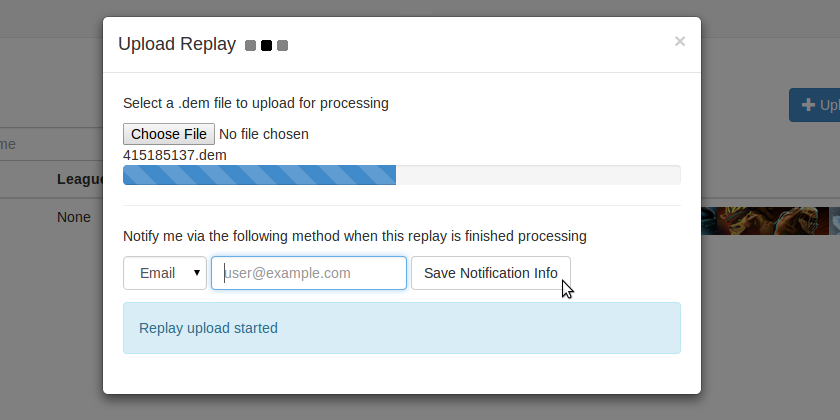 After graduating university and traveling for a while, I opted to wait a few months before diving into the job search and start of my career. This “gap year”-esque period has been a great opportunity to spend time with friends and pursue personal interests/projects such as this one.

I started this project primarily to learn Rails and its ecosystem, as well as various other tools (the full list is under the Project Description). I centered the project around the video game Dota 2 to help me sustain interest/focus/motivation and because this area of development (analyzing game replays) is relatively new – much of the data in game replays is undocumented and must be discovered and understood through exploration. For example, here are the protobufs present in replay files and, although all the fields are labeled, it is difficult in many cases to tell what they correspond to in the game, especially when fields are re-used for different events and messages.

DotaRecap.com is a website for viewing lossy replays (recaps) of Dota 2 games (matches). It extracts specific data (such as player health, kills, deaths, gold, experience, positions, etc.) from game replay files and displays those on a web page with a time slider, allowing users to examine these variables while scrubbing through the duration of the game. DotaRecap lets you use a browser (mobile, if you like) to quickly see how a game played out, without needing to use or download a game client, large replay files, or video casts. The downside, of course, is the loss of fidelity: you won’t be able to see the art, 3d animation, player nuances/tactics, or hear commentators, as you would when spectating in-game.

DotaRecap’s functionality is contained within 3 repos:

These repos use and are supported by a variety of tools that I enjoyed learning, including: coffeescript, sass, d3.js, celery backed by rabbitmq, mongodb, aws s3, nginx, unicorn, vagrant, and ansible). Regarding the last two (vagrant and ansible), there is a 4th repo (dota2rails-deploy) that includes the other 3 as submodules (so I can keep their compatible versions in sync) and that I use to deploy the whole site with minimal manual work.

Horizontal scalability has been a primary goal of mine in the design of this project, and I believe I’ve built a good foundation toward achieving that goal, though I still need to do the load-testing to actually prove it. Beyond keeping scalability in mind, my design was guided by whatever tools and services I wanted to gain exposure to at the time. =)

I would love any questions, discussion, and critiques of the design – though I would like to throw out there that some aspects of the design are a result of how it evolved and changed, so they don’t make much sense anymore and are on my list of things to fix (e.g. - celery currently has a cronjob to check mongodb for user-requested/uploaded replays, where ideally, the rails app would communicate those requests and uploads directly to rabbitmq, cutting out the polling and the wait between cron fires).

Some more aspects of the design that contribute to its scalability and distributability:

Despite how far this project has come, my todo list for it only seems to keep growing. Here are some of the changes I would like to tackle: